After a long needed break, The Football Boy⚽️ is back and better, reviewing the World Cup. It will include England’s fantastic win against a very well tactical Colombia side and many more matches to come. This has been a exciting tournament with lots of surprises and upsets. Who would have thought that Germany, Portugal and Argentina would have been knocked out so early. Anyway, let’s focus on the next England game against Sweden. My prediction of the game is a 2-1 win to England to secure a place in the Semi- finals. England have not progressed to this stage of the World Cup in 12 years! 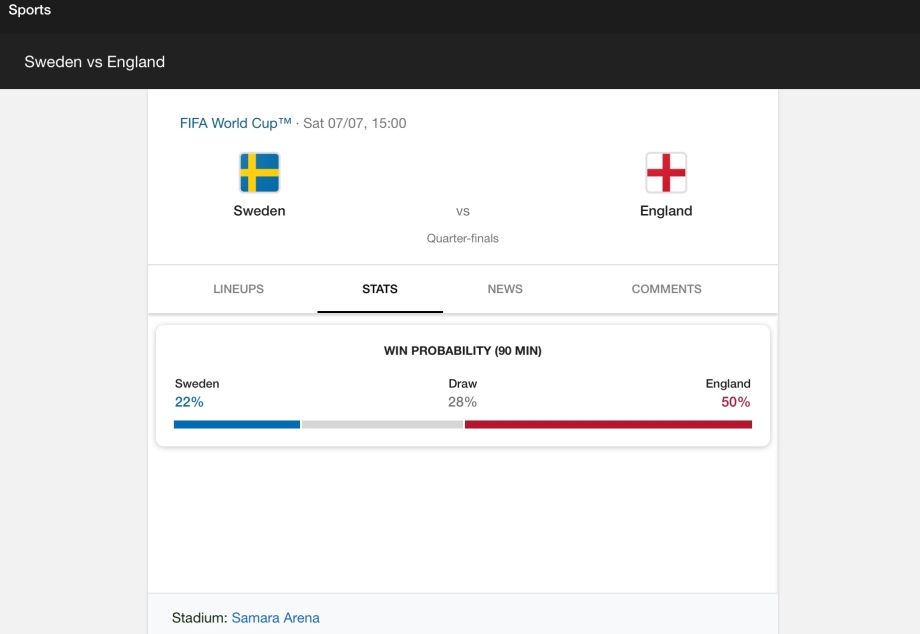 On Wednesday, Barca faced PSG who beat them 4-0 in the first leg. Luis Suarez started the goals off with a simple header. 1-0 Barca. A great team effort by Barcelona led to another goal, it was an own goal by Kurzawa. First half ended 2-0 to Barca.

Second half started, Neymar earned a penalty. Messi scored to make it 3-0, only 1 more goal Barca! Unfortunately, Cavani scored to make Barcelona have to score 3 more goals to go through. On the 88 minute, Barca’s magic started to happen. Neymar scored an outrageous free kick, not long later Barcelona got a penalty. Neymar took it and scored! Only 1 more Barca! On the 95 minute, Neymar gave a quality pass to Roberto and all he had to do was SCORE, which he did! GOAAAAAAAAAAAAAAAAAAAAAAAAL.

The match ended 6-5 on aggregate to Barcelona.

I always had faith in them.

On Wednesday, Bayern played Arsenal, Bayern have been on fire and Arsenal have been useless. Bayern were the team that pressed and got a goal. It was a quality goal by Robben, it was his type of goal. Lewandowski kicked Koscielny, a penalty was given. Sanchez missed the penalty, he missed the rebound but scored the other rebound. The first half ended 1-1.

The second half started, Lahm whipped in a outstanding cross and Lewandowski finished it, 2-1 to Bayern. Not long later Midfield Marsterclass Thiago Alcantara scored a wonderful team goal and a skilful flick from Lewandowski. Later on, Thiago scored another lucky goal. It was a deflection by Xaka. Muller came on and scored to finish it off for Bayern. The game finished 5-1 for Bayern.

Thiago is such a good player! This defeat causes a lot of worries for Arsenal and their manger’s future.

Who do you think will be Arsenal’s next manager?
Make sure to like and follow my blog⚽️

Today I am going to give you guys a round up about the Premier League on Saturday.

We start of at Chelsea were they beat hull 2-0, Chelsea were really pressing at the start of the game, I think Eden Hazard was the man of the match. Willian scored a sensational curved goal and costa did the complete same! The match finished of 2-0.

Now we set our sights on Enfield when Tottenham faced Manchester City, Totttenham had in form Son as their Striker and he really performed. Kolarov did a own goal which made Tottenham start their goals for the game, not long later Deli Ali scored a amazing team goal.The match ended up 2-0.

Here’s a review of this week’s best games.

On Saturday as you know there was a huge Manchester derby, here is review of the entertaining game.

In 15 minutes Man City scored and who else but De Bruyne with a low blow goal, not long later Ineanacho scored a rebound making it 2-0. Man City’s new signing Bravo made a crucial mistake to allow  Ibrahimovic to score a goal and made Man United get back in the game. Rashford  came on and made a huge impact to the game and nearly scored but Ibrahimovic was in his way.

Now we move on to Chelsea’s game against Swansea in the liberty stadium. Costa scored a one touch Finish, in the second half Swansea got a penalty and Sigurdsson scored, a few minutes later Fer scored for Swansea again and made it 2-1. In the dying minutes of the game Costa scored a superb overhead kick.

What an exciting weekend of Premier League football!!!⚽️
Please follow my blog for more reviews and previews on my blog

Posted on 9th July: Today is a promo about the thrilling Euro 2016 final match tomorrow. I am going to show you how they have been playing in this unpredictable Euro tournament.

The hosts France have had an impressive tournament so far and they hope to win. The last time France hosted the tournament in 1984 they won it. They also won in 2000. The France top scorer and also the Euro top scorer, Antonio Griezmann, is the man to watch with 6 goals in this tournament. France are favourites to win this tournament. Let’s analyse both teams.

Attacking wise, France are amazing because of Griezmann (Atletico), Martial (Man U) and Giroud (Arsenal).

Portugal are hungry to win a major tournament. They have come close in the past, however, they’ve never won the tournament.

Defensively, Pepe (Real Madrid) is the man! There is also Fonte (Southampton) to contend with.

Midfielders include the 18 year old Sanchez (Bayern) and Mario (Monaco).

There are 3 key attackers in the Portugese line up. These are Nani (Fenerbahce), Quaresma (Besiktas) and the mighty Ronaldo (Real Madrid).

When the whistle blows at the start of the match tomorrow, we can expect to see both teams come to perform better than ever before. There is a lot to play for! I predict that France will be victorious with a 2 – 0 triumph!

Who do you think will win? 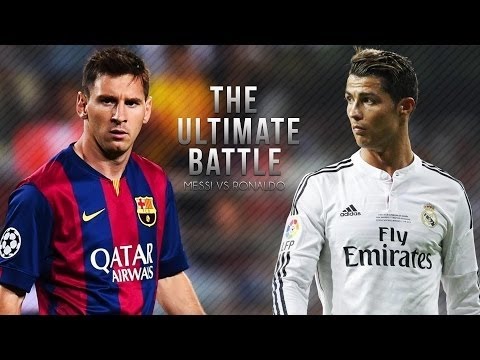 These two players have fantastic skill in football but let’s see all their stats.

Messi is known for his dribbling but he has a style of dribbling which no one does. Messi dribbles with the ball close to his feet, so it is extremely hard to defend against him.

Ronaldo is not really known for his dribbling. I would say he’s known for doing his signature skill called the step over.

I would say Messi is better in dribbling.

Messi is good in attacking on goal and creating goals and assists. Messi doesn’t really use his head to score goals. His shot power is not that hard but accurate.

Ronaldo is a clinical goal scorer he can score with any part of his body except his hand. As we saw on Wednesday against Wales, he scored a bullet header to score the opening goal of that match. He is good in assists but not as good as Messi. Ronado’s shot power is insane and accurate for a 30 year old!

I would say Ronaldo is better in attacking.

Messi always tries to play his best in every match he plays. He is more consistent.

Ronaldo has effort but not in every match he can go on and off in matches.

I would say Messi is better in effort.

I hope you enjoyed my second blog about two of the best players in the world. My best player is Neymar, who is yours? Please comment on this blog.

Hello, my name is Tyrese. Welcome to my blog, The Football Boy Blog⚽️! This is my first blog post on my new and improved website.

Euro 2016 is on and the hosts, France have beaten Germany! Today’s match was really exciting because Griezmann scored two beautiful goals and has retained his highest goal scorer status in this thrilling tournament. It is the first in a long time that France have overcame Germany in a huge tournament. Even though their team wasn’t the best on the field tonight, they still bagged up the win to get a place in the Euro finals on Sunday.

The hosts France will play Portugal which has the likes of Ronaldo, Nani, Sanchez and Quaresma. It is expected to be a another thrilling match. My prediction is 2-0 to France but let’s see what happens. 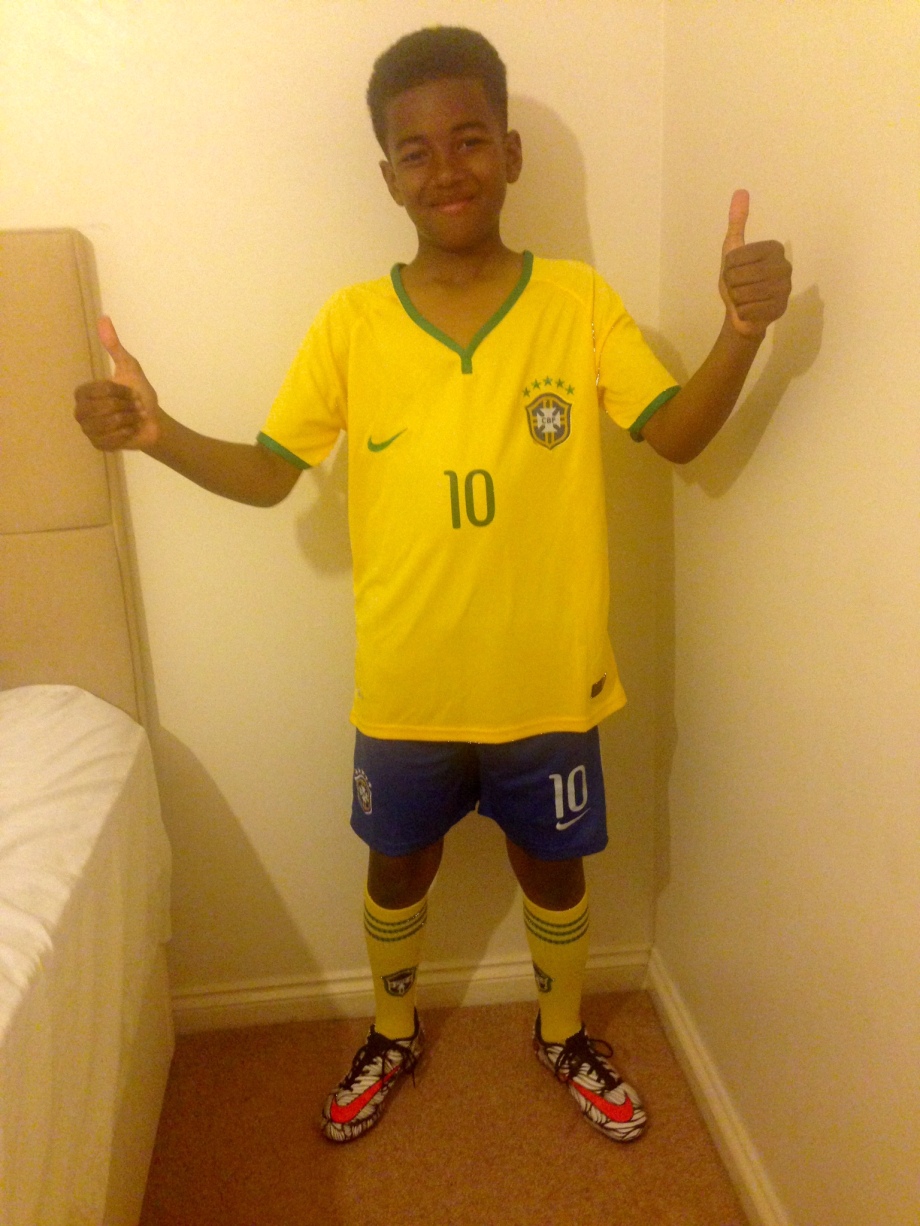